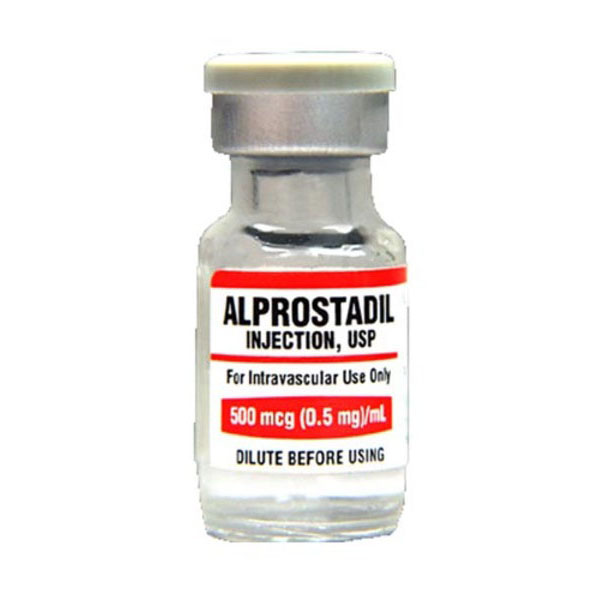 Use Alprostadil only as needed, thus missed dosages are not relevant. Do not take a double dose of Alprostadil.

Underlying treatable medical causes of erectile dysfunction should be diagnosed and treated prior to initiation of therapy with Alprostadil.

Prolonged erection and/or priapism are known to occur following intracavernosal administration of vasoactive substances, including Alprostadil. The treatment of priapism may include different approaches such as aspiration, intracavernosal injection of sympathomimetic amines or surgery. In evaluating a patient for Alprostadil therapy, the physician should determine which of these interventions would be appropriate for the individual patient. Patients should be instructed to report to a physician any erection lasting for an overly prolonged time period, such as 4 hours or longer.

Painful erection is more likely to occur in patients with anatomical deformations of the penis. Penile fibrosis, such as angulation, phimosis, cavernosal fibrosis, fibrotic nodules and Peyronie's disease or plaques, may occur following the intracavernosal administration of Alprostadil. The occurrence of fibrosis may increase with increased duration of use of Alprostadil.

Patients should be carefully assessed for pre-existing penile fibrosis before initiation of treatment with intracavernosal Alprostadil. If pre-existing penile fibrosis is found, the patient should not be accepted into intracavernosal self-injection therapy. This assessment should be made during pharmacologically-induced erection. At regular visits the physician must examine the penis carefully, preferably in the erect state, for potential development of fibrotic changes. If there are signs of fibrotic complications, treatment with Alprostadil must be stopped immediately. During self-injection therapy, the patient must be instructed to report to the physician any unusual new adverse effects such as increased or new penile pain, penile bending, and/or nodule formation in the penile shaft.

Patients on anticoagulants such as warfarin or heparin may have an increased propensity for bleeding after the intracavernosal injection.

Alprostadil can induce a small amount of bleeding at the site of injection. In patients infected with blood-borne diseases, this could increase the transmission of such diseases to the partner.

The bacteriostatic Water for Injections provided with Alprostadil contains benzyl alcohol, which is associated with severe adverse effects, including fatal "gasping syndrome" in paediatric patients. The minimum amount of benzyl alcohol at which toxicity may occur is unknown. The risk of benzyl alcohol toxicity depends on the quantity administered and the capacity of the liver and kidneys to detoxify the chemical. Premature and low birth weight infants may be more likely to develop toxicity.

The possibility of needle breakage exists with Alprostadil, and careful patient instruction in proper handling and injection techniques is required.